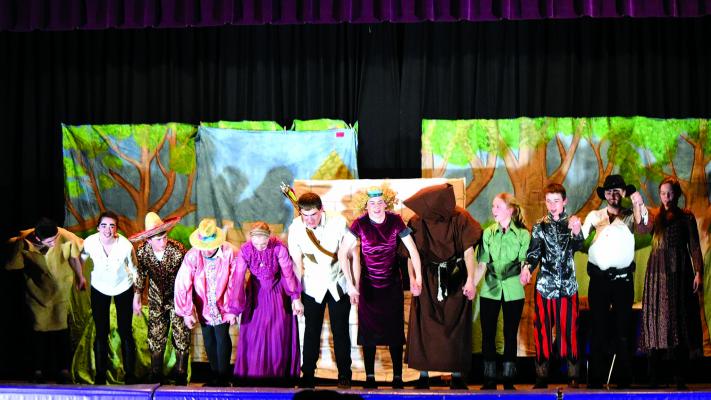 No levy, one board candidate, no need for election

HARRISON—Board chairman Dusty Wagner joked that Harrison’s April school board meeting was on track to be one of the shortest in recent history, and he wasn’t wrong. In a quick meeting that lasted less than half an hour, the board reviewed a few matters of old business and formalized the cancellation of the district election.

Wagner’s school board position was the only one coming open this year, and as he was the only candidate who was running to fill that spot, the election became an unnecessary expense. Harrison is also not running a levy this year, which means there are no matters for constituents to vote on. Most districts around the area are in a similar situation: Ennis and Sheridan both also decided to forgo elections this year.

In a student report, the board was brought up to date on recent events among the Harrison student body, including a successful blood drive on March 27 and a fundraiser for injured Montana Trooper Wade Palmer that raised over $500 when students and staff could pay $2 for the privilege to wear a hat for the day. Palmer was shot near the Evaro Bar on March 15 and has been in a Salt Lake City hospital since then.

English teacher Alexis Kunzer gave a teacher report, noting the success of Harrison’s recent school play, The Adventures of Robin Hood. Students worked every day after school on the production beginning in February and put on the show on March 28.

Ward also revisited a topic that had come before the board previously: the lack of a driver’s education teacher in Harrison this year. Despite their best efforts, the district has been unable to find someone to teach the class, meaning that Harrison students who need to take driver’s education will have to go somewhere else to do so.

As the school year begins to wind down, there is no slowing to the activity at Harrison School. Track and field has begun at both the high school and junior high levels, with athletes from around the county traveling to meets and battling tough weather as winter attempts to cling to the Madison Valley. The board approved the hiring of an assistant for the track program, who will aid in facilitating meets from running timers to helping with measurements in the throwing and jumping events.

In the final item on the agenda, the board approved the re-hiring of both the tenured and non-tenured staff at Harrison for the 2019-2020 school year. The next regular Harrison school board meeting is scheduled for Monday, May 6 at 7 p.m.