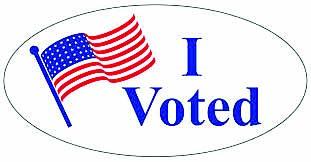 MADISON COUNTY – With municipal elections around the corner, now is a good time to look at what seats are available and who is in the running for them.

Clerk, Recorder and Election Administrator Kathleen Mumme, noted that the filing period for municipal elections in 2019 began in April and runs through June 17 at 5 p.m. The county will handle the election if there are multiple candidates running for municipal offices.

Two people have filed to fill these seats so far; John Bancroft is seeking to retain his seat, and Karl Kutz has filed to fill a seat.

Town clerk Kristi Millhouse notes that two seats are available on the town council, Joe Willauer’s and Scott Holbrook’s. She also notes that J. B. Klyap’s council seat was an appointed position, which isn’t up for re-election yet, but Klyap will have to be elected into the position on this round of elections, and his formal term will expire in 2021.

Millhouse didn’t know who had filed for election yet, well before the June 17 deadline. However, she noted that the procedure is they have to fill out an oath of candidacy form and file it with $10 with the county.  There is also a form (Commissioner of Political Practices) that gets completed and sent to the state within five days of filing with the county.

If no additional candidates come forth to contest these seats, Millhouse said, the town council can do a resolution to cancel the election and have those who have filed step into the seat.

Galiger believes only Sayler has filed so far, but she intended to encourage the other council members to file when Sheridan’s council met Monday, May 13.

According to town clerk Nancy Stewart, two council members, Justin Gatewood and Dave Bacon are up for reelection this year. Due to switching council term limits to two- instead of four-year terms, election to both seats will only be for a single, one-year term.

Both seats will be up for reelection in 2020, and will be two-year terms. Other council member terms are up in 2023.