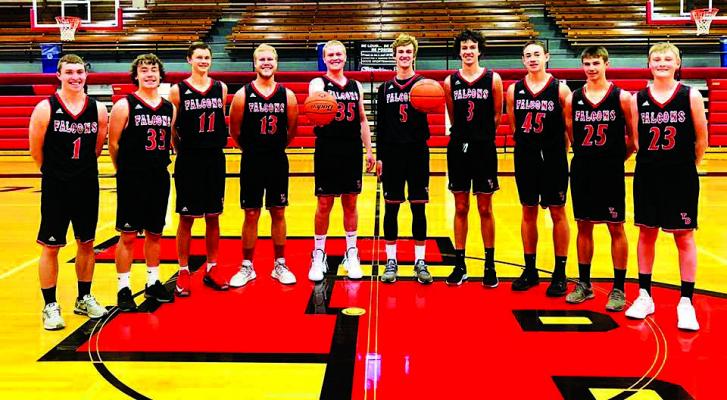 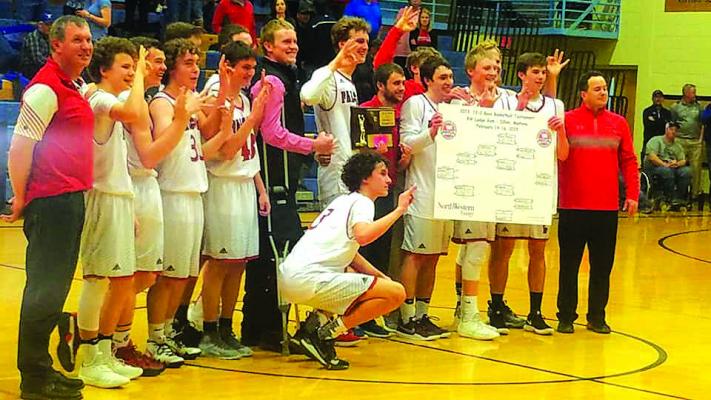 BUTTE – With divisional tournaments taking place all over the state last weekend, the Western C division did not disappoint, with 24 games that featured some upsets and some pretty predictable outcomes.

The district champion Ennis lady Mustangs faltered in their first game of the tournament on Thursday, February 21, falling by a 10-point margin to Arlee, a perennial appearance on the state stage. Jourdain Klein and Amanda Russell each contributed 11 points, but it wasn’t enough to stop Arlee’s Alyssia Vanderburg’s 23 and Nellie Desjarlais’s 17. The Mustangs would fall 53-43 and move into the consolation bracket.

But it would be the only misstep of the tournament for Ennis, who won their next three games against Darby (66-30), West Yellowstone (51-25) and Manhattan Christian (45-23). Manhattan Christian was the only team ranked in the top 10 statewide coming into the tournament, sitting in the 10th space, but they would miss out on a chance to move on the championship game, a narrow 60-55 between Charlo and Arlee.

But as it has all season, the court belonged to seniors Klein and Whitney McKitrick for their last weekend on the high school basketball court. McKitrick, who will join Ennis’s brand-new softball team for the spring season, notched over 60 points for the tournament, while Klein added more than 40 more. Klein will take to the track this spring before heading off to join the Montana State Bobcats’ volleyball team this fall.

While the girls’ bracket included only one top-10 team, on the boys’ side there were four, including the top two Class C schools in the state: the Arlee Warriors and the Manhattan Christian Eagles.

Twin Bridges came in ranked fifth, while 10th place Darby was also represented. As the tournament kicked off on Thursday, things went about as could be expected, with one notable upset. Top seed Arlee easily defeated Drummond 72-53 to advance, while Manhattan Christian trumped Alberton-Superior by a whopping 67-25. But the 10th seed Darby fell to unranked Gardiner 56-44, sending them into the losers’ bracket.

Twin Bridges showed their strength as they have all season, defeating Charlo in their first-round game 62-43. The top scorer of the game may have been Charlo’s Landers Smith with 18, but with nobody else breaking into the double digits it was Twin’s Daniel Kruer with 14, Jack Hughs with 13 and Nate Konen with 12 who pushed the Falcons to a 19-point victory.

But Twin would have to take down both of the top teams in Class C to earn a berth at state, and second-ranked Manhattan Christian proved a worthy adversary in the Falcons’ second round game, eking out a 12-point win and handing Twin their first loss of the season. Manhattan’s Caleb Bellach ran away with 25 points, and while the Falcons had a strong first quarter outscoring the Eagles 12-7. By halftime it was 30-21 in Manhattan’s favor and that lead would only grow.

So, Twin Bridges dropped into the consolation bracket on Saturday, February 23 and would end the tournament with only one loss, the first of the year. The Falcons first played Darby, ending the Tigers’ season in a narrow 54-49. Just hours later they ended the season of the Gardiner Bruins by a more comfortable margin of 64-53, overpowering a 21-point game by Gardiner’s Jacob Perius.

Carlie and Daniel Kruer combined 30 points against Gardiner, while Konen added 14 more and Hughs tipped in 10.

Hughs and Daniel Kruer would end the tournament with 51 and 50 points, respectively, while Konen added 40 and Bryce Nye was right behind with 39. Even in the losers’ bracket, though, there was still hope for the Falcons going into Tuesday, February 26.

Because the Falcons, who ended up third in the divisional tournament, didn’t play second-place Arlee in the course of the weekend, they had the option to challenge for a berth in the state playoffs. They did so and played Arlee on Tuesday evening for a chance to sweep the runner-up slot from under the Warriors. Unfortunately, that game took place after the Madisonian had gone to press, so see 406mtsports.com or the Madisonian Facebook page for scores and statistics of the Twin Bridges vs. Arlee challenge game.