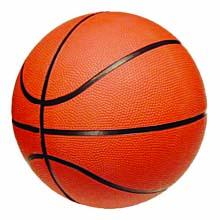 MADISON COUNTY—Regular season high school basketball is over for another year in the Madison and Ruby valleys. Seven matchups took place around the county last weekend, including a banner senior night for the Sheridan Panthers on Friday, February 8.

Sheridan hosted the Lima Bears for the penultimate game of the season, and the boys earned their first win of the season in a well-deserved overtime victory of 63-56. It’s been a long season for the Panthers, but after months of hard work and dedication, they notched a win against the Bears.

The lady Panthers kept the momentum going with a more comfortable victory, 43-27.

But action had begun on Thursday when Harrison and Ennis faced off for the last time this year. The Mustangs would come out on top in both games, by a 41-point margin on the girls’ side, 62-21 and a mere six points on the boys’ side, 52-46. It was a similar game to the last time the Mustangs and Wildcats played back in January, when the Mustangs eked out a victory by only three points.

Both teams would be back in action on Friday: Harrison hosting Twin Bridges and Ennis traveling to Drummond.

The Twin Bridges boys successfully fulfilled their quest for an undefeated regular season and will attempt to carry that into this weekend’s district tournament. The Falcons topped Harrison decisively in a 70-32 win, with Daniel Kruer responsible for 18 of those 70 and Jake Hughes and Ethan Kneeland adding 15 more each. The lady Falcons kept things a little closer in a 19-point victory, 44-25, with Clancy Phillip leading Twin Bridges with 10 points.

The lady Mustangs have found their groove again after an 11-game winning streak was snapped a couple weeks ago, but they too will take strong momentum into the post season. Ennis defeated Drummond 48-33 on Friday, while the boys fell in a close game by just three, 66-63.

The seaon’s last three games came on Saturday, February 9. Sheridan hosted Lone Peak and would end their season with a pair of losses: a close 46-43 for the boys and a 13-point loss for the girls, 32-19.

Whitehall and Manhattan Christian faced off and each took a win, with Manhattan on top for the boys 50-37 and the lady Trojans continuing their strong season with a 68-55 win.

And for Twin Bridges, the victory was easy and sweet on Saturday. The Falcons hosted Philipsburg and led from the word go: by halftime they had a 29-12 lead and by the final buzzer they’d nearly doubled the Prospectors points, winning 65-33. Jake Hughes added 18 to his point total for the season, Charlie Kruer added 13 and Nate Konen added 10 more.

Scores for the Twin Bridges vs. Philipsburg girls’ game were not available before press time. As of February 11, the Twin Bridges boys were ranked 8th and the Ennis girls ranked 10th among all Class C schools in the state, but it’s likely that those rankings will change by the end of the week, with the Falcons edging ever closer to the top of the list.

District play begins at Dillon’s Beaverhead High School on Thursday, February 14. Brackets for that tournament should be set by Wednesday and at least a couple local teams will certainly be representing Madison County, and doing it well.