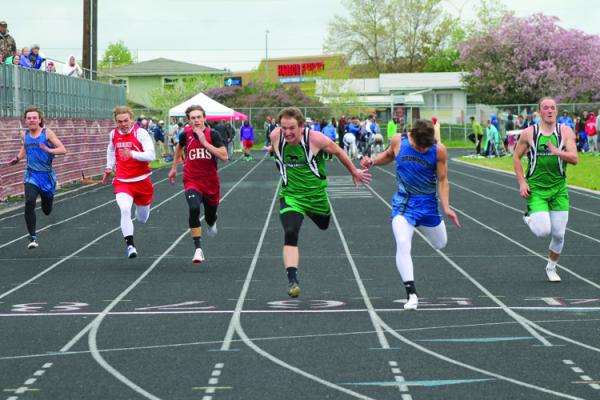 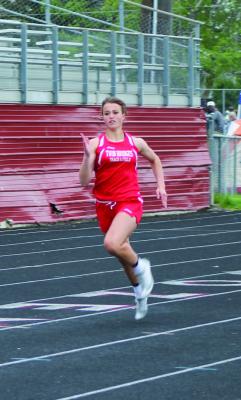 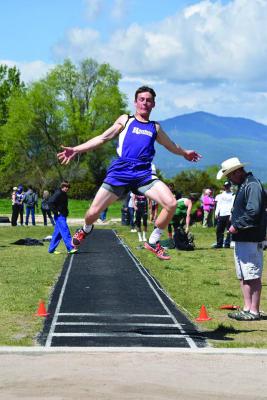 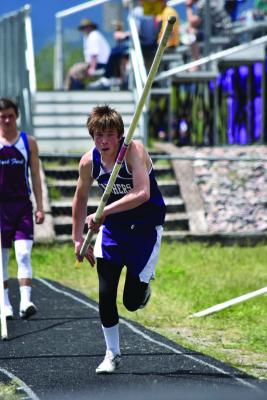 A preview of spring sports: what to expect from Madison County's track and golf athletes

Student athletes are already back in action and prepping for spring sports. Track and field and golf athletes started practicing last week and are looking forward to successful seasons. Here’s a preview of what to expect this season on either the track, field or course!

With 31 athletes out, the Falcon track and field team is hoping for another season of success. The Falcons will head to Belgrade on April 7 for their first meet and have 17 boys and 14 girls participating. “I’m excited about every meet,” Reynolds said. “To me, it is exciting to see the athletes better themselves and become more competitive from meet to meet.”

Returning this season are state participants Kailee Oliverson, Megan Bausch, Michaela Madden and Clancy Phillips for the girls’ and Steve Smathers for the boys. Oliverson and Bausch placed in the sprinting events at the 2017 state meet – Oliverson finished first in both the 100 and 300-meter hurdles, Bausch took third in the 400-meter dash. Madden and Phillips contributed to the Lady Falcon success in the relays, and Madden also took seventh last season in long jump. She recently signed a letter of intent with Lewis and Clark State to run track. Smathers took 10th in javelin last season.

“Our main goal this season is the same as always: we want to avoid injuries, have fun while working hard and better ourselves at every meet,” said Reynolds.

Reynolds is once again assisted this season by Nancy Bell.

The Mustangs have 30 athletes out for the season and will see their first meet on March 29 in Columbus. As for season goals, head coach Wendy McKitrick said the team’s main hope is to return to state. “It’s a great place to shoot for!” McKitrick said of sending athletes back to the state meet.

Returning for the Mustangs this season are several defending state champs including Jourdain Klein in the triple jump and high jump, Tanner and Corbin Wood and Dillon Williams in the relays. C. Wood took second place in both the 100 and 200 meter dash and the brothers, along with Williams, took first in the 4x100 relay and fourth in the 4x400 relay.

Goals for the team, according to McKitrick are simple: do their best and have fun. “All our kids set personal goals to reach during the year,” she said. “This culminates into a big goal of placing or winning state.”

McKitrick said to expect the see the Mustangs at their best – a fun, fast paced crew with lots of kids in lots of different activities. “Will make for some fun watching this year at our track meets!”

McKitrick is once again joined by assistant coaches Paul Bills and Nichole Bailey.

The Mustangs have 12 golfers out for the season; seven boys and five girls. Head coach Chris McCown and assistant coach Nick Burgess are back the helm and excited with the new, underclassmen golfers they have this season. “A lot of younger kids, freshman and sophomores, who are out this year, which provides a lot of opportunity for growth and learning about the game,” said McCown.

The team is also returning some experienced Mustang golfers whom McCown said are already showing definite improvements from previous seasons, while also bearing down for the windy and rainy season.

The first meet for the Mustang golf team, Madison County’s only high school golf team, is on April 5, in Helena. The state meet is scheduled for May 14-16 at Fairmont Hot Springs, which McCown and his team are hoping to attend. But for now, mastering the basics is the team’s biggest goal. “Goals for this year is to swing easy, keep our heads down and learn about the game and the many rules,” McCown said.

Head coach Kaysha Young and assistant and throws coach, Heather Tyler, are ready for another Wildcat track season. With 12 athletes out, seven boys and five girls, Young is looking forward to the season and their first meet, April 7 in Belgrade.

Finding meets has been tough for small schools all over the state and Harrison is in the same boat. However, the Wildcats along with Granite High School, are excited to once again host the John Cheek Top 8 meet in Anaconda. “We are thankful to our athletic director for taking on the responsibility to help pull off this meet,” she said.

Returning for the Wildcats are seniors Derik DeFrance and Lane Buus; DeFrance placed in the 1600 meter run at the state meet last season and Buus attended as a long jumper. Junior Layne Homner, who went to the state meet for shot and disc in 2017, is also returning to the roster. “We’re excited to see how these boys have improved over the past year as they’ve hit the weight room and continued to mature as competitive athletes,” said Young.

Joining the Wildcat track team is an eager group of underclassmen, including five freshmen.  “We are excited to work with these athletes and watch their improvement throughout the year,” said Young. “Aleena Bacon was becoming a standout 800 runner in junior high last year, and Luke Cima was beginning to hit his stride in the 400 and high jump - we expect these athletes to be great contenders over the next four years. We are excited to have five girls this season and look forward to running a relay for the first time in many years.”

Goals for the Wildcats are to remain injury free and refine techniques. Young said she is excited to watch the team progress and improve and hopes for sunshine and no wind this track season. “You should expect our 12 Wildcat athletes to learn and grow every week, seeing improvement and happy smiles from them at every meet. We've been blessed by an extraordinary group of athletes that make every practice enjoyable, they are always willing to work hard no matter how much mud or rain they have to suffer through!”

Sheridan Athletic Director Ed Burke said the Panthers have 12 athletes out; nine boys and three girls, and their first meet is April 7 in Belgrade. “Everything builds toward district and there are a lot of distractions during track season and kids miss meets for many different reasons, but everyone is ready to go com district time, which is May 12,” said Burke of which meet he is most excited for.

Returning to the Panther roster this season is senior Riain Deavel, who qualified for the 2017 state meet in both the mile and the two-mile. Junior Moxon Lee made it to divisionals last year as a pole vaulter and hopes to make a run for the state meet this season. Also representing the boys team is Luke Dvorak, another talented distance runner who made the top 15 at the state cross country meet this school year. For the field events, Burke said senior Zane Bowey has a good shot in both the shot put and discus. “Others are less experienced, but it should be a good year,” Burke said.

“While our numbers are low, those kids that are out are kids who want to be here,” Burke said of team goals. “The goal every year for every athlete is to simply show improvement from beginning of the season to the end.”