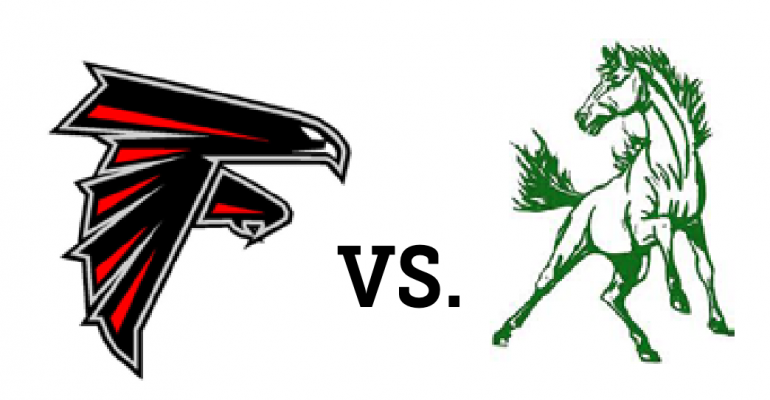 Lady Mustangs hold off the Falcons

The Ennis lady Mustangs knew they’d have a tough battle against their Twin Bridges counterparts on Jan. 22. The game on Twin’s court played out to be a close one, and the Mustangs galloped home with a win 31-25.

The 4-0 Mustangs are feeling good – and so is their head coach Jordan Overstreet. “Improvements have been great over the four games, we’re getting better after each one,” said Coach Overstreet, who has been leading the girls for six years. He’s also a fourth-grade teacher at the school. “It’s been a good start to the season so far.”

Overstreet said his girls went into the season expecting to win, “They work hard for that, and I’m not saying there haven’t been challenges, but they worked hard to get where they are.”

The Twin Bridges matchup was a close one the whole way, with Twin taking the lead early in the fourth quarter, but in the next possession Ennis scored, taking back the lead.

A gold star goes to Mustang Shelbey Kline, who stacked up 18 rebounds in the game against the Falcons – the most rebounds coach Overstreet has seen in six years coaching the lady Mustangs.

Ennis girls now look forward to upcoming games against White Sulphur Springs, who Overstreet said has been struggling, and then against West Yellowstone, which should be a challenge.

“The girls have been working really hard, coming in every day to bust their butts, and I’m just excited for the rest of the season,” he said, noting that the year has gone especially “fast and furious” with the delayed start due to the pandemic and all the other unknowns that went along with it.

Twin Bridges Head Coach Rob Lott is no stranger to girls’ basketball – he coached for almost 20 years before retiring in 2016, only to come back to the position when someone needed to step up to the challenge three years ago. No one else had signed up, so Lott figured he’d get right back at it.

His team was sitting at 4-3 as of Jan. 25, coming off of the aforementioned loss against Twin Bridges.

The Lady Falcons season has been ok, said Coach Lott. “We’re working hard, we’re trying.” He said the girls were set back a bit, though, when the Jan. 12 game against Three Forks was postponed due to a quarantine. “I’m not crying the blues here, don’t get me wrong, a lot of teams are dealing with that, but it did set us back a little bit.”

Looking back at their loss to Ennis, Coach Lott said it was a good game with two pretty even teams, “But I’ve got to give the Ennis girls credit, they had a few buckets towards the end of the game when they needed it, and my girls they were trying, but Ennis made the plays when they needed to, and they got the win.”

The Falcon girls’ team is comprised of a lot of equally skilled players, said Lott, and he’s proud of the girls’ true team effort in which a new player steps up when she’s needed.

Looking ahead, the Lady Falcons have a challenging matchup against Manhattan Christian, who Coach Lott thinks might be the best team around, as well as Shields Valley, Gardiner, West Yellowstone and Ennis will all be competitive. “That’ll make it fun,” said Lott.