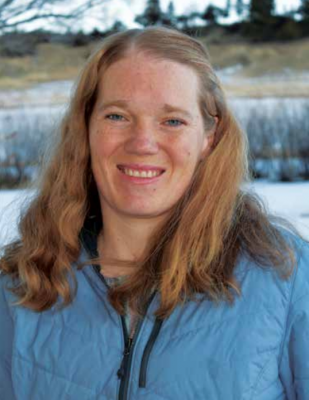 Harrison School District will welcome a new leader to its ranks for the 2021/22 school year. Billi Taylor was recently hired to replace Superintendent Fred Hofman, who will move on from the position at the end of this school year after heading the district for nearly a decade.

Taylor may be the new superintendent of Harrison, but she’s far from new to the school. She grew up in Pony, attending K-12 there, and graduated as a Wildcat in 2002. She then attended the University of Montana Western in Dillon where she received her elementary education degree.

After college Taylor and her husband Jeff headed to Alaska, where she taught in Gustavus, located at the mouth of Glacier Bay National Park, for two years. She continued her educational adventure in the interior of the state in Delta Junction where she taught for five years. Taylor’s education also continued in Alaska – she received her master’s degree in curricular instruction from the University of Alaska Fairbanks.

During that time the Taylors welcomed three children, Shayne, Gaige and Mason. While Alaska was home for a while, the desire to be closer to family prompted the Taylors to return to Montana. Taylor took a teaching position in Shields Valley where she taught for four years, eventually transitioning to superintendent there in 2017 where she held the position for three years.

For the past year Taylor has been working as clerk at the Park County Special Education Cooperative as well as supervising a behavioral and mental health grant for Park County rural schools. On top of that, she’s running a preschool. “I have a lot of irons in the fire, but it’s really fun,” Taylor said of her busy schedule. “I love it.”

Taylor, who lives in Wilsall, will be onsite most of the week but will work remotely part of the time as well. The position, which starts July 1, also carries the duties of principal.

There are some challenges that come with leading a rural district like Harrison. Taylor said the district is fighting the fight that all rural districts, and really, most districts in the area are facing – the high cost of living makes it hard for people to find a home and start a family. That boils down to fewer students for the district, whose enrollment is currently just under 100 students, a third of those in high school.

“However, I think Harrison needs to be commended for the number of students that want to attend there from out of district,” said Taylor.

A small district like Harrison has its benefits, too. “We have teachers that just care tremendously about every student in their classroom,” said Taylor, commending the teachers’ dedication. “They work so hard and diligently to provide a real-world education and a good, solid foundation for each student that walks in our classroom.”

Taylor said she’s looking forward to returning to the halls where so many childhood memories were made.

“Now more than ever I realize I was so fortunate to attend school in Harrison,” she said. “There are and were fantastic educators there, and the Pony, Harrison and Norris communities are just so supportive. They look out for one another, it’s a big family, and all of that is still there.”

Harrison School Board Chair Dusty Wagner said Taylor was a great fit for the district due to her ties to the community and her youthful energy which he and the board believes will mesh well with students on a personal level. “Her long resume conveys her responsibility as a well-organized leader,” said Wagner. “We are excited to have Mrs. Taylor back in our community and look forward to seeing her talents help our school become a dynamic and cohesive centerpiece in the community.”