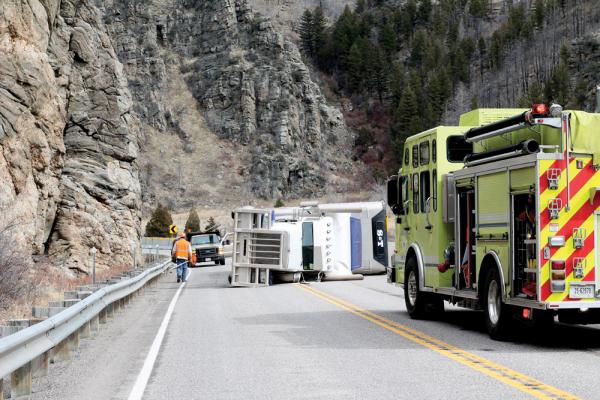 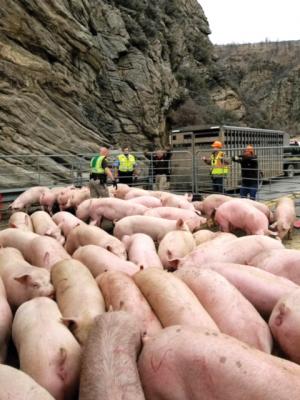 A truck and trailer carrying 223 pigs rolled over on Montana Highway 84, mile marker 6.8, at approximately 2:12 p.m. on March 22, causing an extended highway closure.

Montana Highway Patrol Sergeant Patrick McLaughlin said speed appeared to be a factor in the rollover, but no one was injured. The Madison County Sheriff’s office reported several pigs were injured in the rollover and had to be euthanized.

Local ranchers from around the Madison Valley arrived with panels to contain the pigs and helped transport the animals to the stockyard in Three Forks. “We got one lane of open to traffic about 7:30 p.m.,” said McLaughlin, adding only the vehicles stuck by the rollover were allowed through. MCSO reported the highway reopened to all traffic at 9:43 p.m.

The driver was transporting the pigs from Billings to California, and was issued a citation for careless driving, according to McLaughlin.