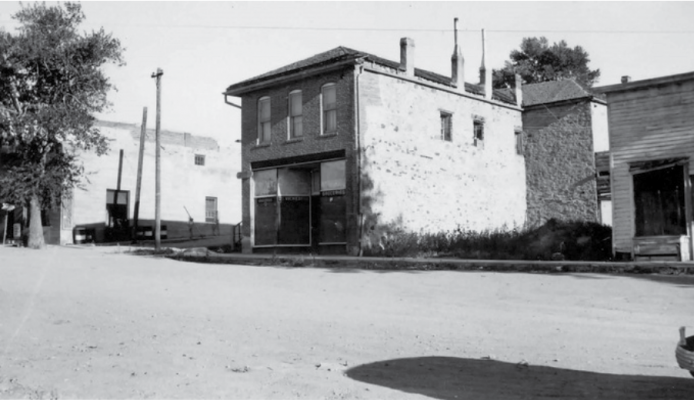 Stonewall Hall running out of time

The owners of Montana’s oldest capitol building in Virginia City offered to donate the crumbling building to the Montana Heritage Commission Sept. 4.

It was the first official discussion on the commission acquiring the historic building. The commission’s decades-long hope for someone to renovate the building for aesthetic and safety reasons was continued, for now. The MHC said it that it does not have the money to revive the structure to an acceptable standard.

“The building is in such poor condition that people are afraid of it,” Virginia City Historic Preservation Officer Jim Jarvis said.

According to Jarvis, the historic building has been spitting out rocks and bricks for years. Its heavy stone structure has been unoccupied since the 1980s, deteriorating in Virginia City’s historic district center.

Stonewall Hall is a valuable structure for the National Historic Landmark. Its history dates back to the year after Virginia City was established, before Montana was a state. The territorial legislature met for the first time on the second floor in 1965. It was the territorial capitol until 1875, when the capitol moved to Helena.

The building passed through several ownerships before landing with its current owners, the Lafever family. Its main floor shuffled uses as a saloon, a retail shop and a gas station. In 1914, as the Dudley Garage, the building’s front was altered. The Dudley Garage operated in the historic building for over 30 years.

Now, people walk around the wooden barriers outside the façade’s jumbled architecture. According to Jarvis, just to stabilize the building, so it was no longer a hazard, would cost about $300,000. Bringing the building back to a useful state would cost more than $1 million.

Charles Bovey bought Stonewall Hall in 1968. Bovey once displayed his antique cars under the tin ceiling tiles, which are now collapsing. He and his wife, Sue Ford Bovey, bought hundreds of properties in Virginia City and Nevada City over the course of about 40 years. In 1997, Montana bought the Bovey’s holdings in Virginia City and Nevada City for $6.5 million. Stonewall Hall was not included in the transfer.

Jarvis hypothesizes that it was a clerical area due to the Bovey’s using various names for ownership. About six historic buildings in the area included in the Sue Ford Bovey estate did not transfer, according to Jarvis.

The MHC manages the nearly 250 historic properties in Virginia City and Nevada City. It makes money from renting out its properties to businesses and some state and federal aid. It cannot foot the bill of reinstating Stonewall Hall but hopes to avoid demolition.

“Somebody should do something to save it, but MHC doesn’t have the money to do so now,” Jarvis said.