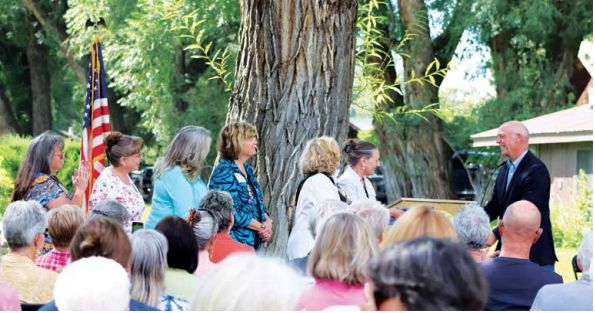 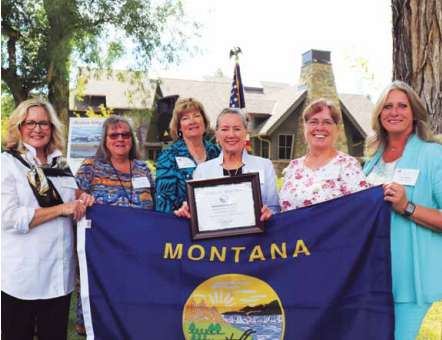 The Spirit of Montana

Montana’s Governor Greg Gianforte made a stop in Ennis on the morning of August 10 to present the Madison Valley Woman’s Club with the Spirit of Montana Award, a recognition honoring the 100-year-old club’s dedication and service to the community.

“The Spirit of Montana Award is given to groups that make a significant contribution to their local community, and that’s certainly evident here.” said Gov. Gianforte after the presentation under the willows of Peter T’s Park. “With the thrift store that they’ve been operating for 50 years, and the $1 million dollars that’s been raised there and given back in scholarships and to other nonprofits in the community. It’s the sort of thing we should be celebrating, and that’s why I came here today.”

The MVWC with its 150-woman membership is the largest official organization of the General Federation of Women’s Clubs in the state. MVWC President Cynthia Quirk said the award means a lot to the organization.

“As the governor spoke about, it’s a great social connection for women in the valley,” said Quirk. “We have a lot of people whose families have been here for five generations, and then there are newcomers, so it’s a great way for everyone to meet each other.”

Ceremony attendees were treated to refreshments, homemade baked goods and an opportunity to chat with the governor.

Following the award ceremony Gov. Gianforte headed to Virginia City to meet with the Montana Heritage Commission for an afternoon discussion on economic development.