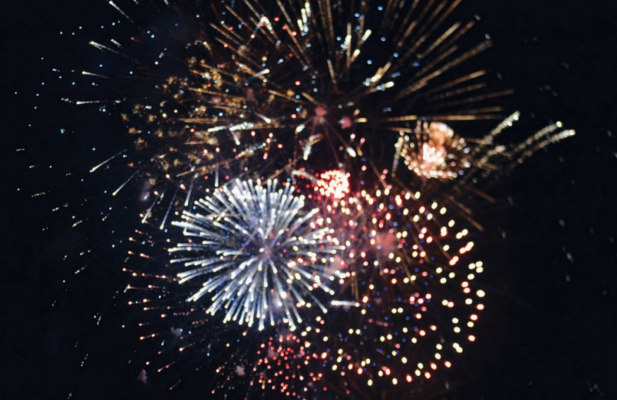 No fireworks display in Virginia City

The council unanimously supported the Virginia City Fire Chief, Robert Erdall, in canceling the firework show. A few community members commented with a mixture of reasons for and against having the event during the COVID-19 pandemic. Madison County residents and visitors can purchase their own fireworks at stands stationed in the county.

“I’m not going to put my firefighters at risk for a 15/20-minute firework show,” Erdall said. This is the second time that Virginia City’s Fourth of July Firework Display has been canceled since Erdall’s 45+ years with the VCFD. In 2012, conditions were too dry to safely put on a fireworks display. This cancelation comes again for public safety reasons.

Many of VCFD’s aging volunteer fleet have a high risk for severe illness if infected with COVID-19. The Centers for Disease Control and Prevention recommends high-risk individuals to stay at home as much possible.

The most prevalent reason among community members who commented in favor of the firework show was the potential economic impact on local businesses. But the council and department agreed that the firefighters’ safety was a greater concern.

The Madison County Public Health Department approved the plans for the Montana Heritage Commission’s Fourth of July fireworks show because social distancing requirements could have been maintained. The volunteer firefighting crew was not considered in MCPHD’s decision.

The MHC usually spends about $12,000 on Virginia City’s fireworks show, according to Virginia City Mayor Justin Gatewood. They have allocated $3,000 of the unspent money to the VCFD.

Fireworks can be purchased at one of Madison County’s fireworks stands. The Harrison Booster Club’s Fourth of July firework stand is one of its biggest fundraisers. The Ennis Chamber of Commerce’s fireworks stand in the Madison Food’s parking lot will open June 26 through July 4.