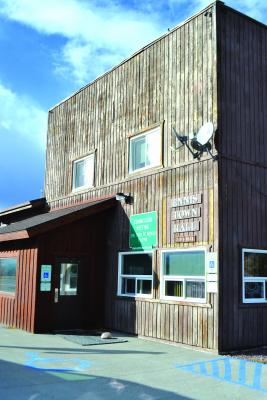 Mill levy may be easiest route to funding

ENNIS – The Ennis town commission heard a request from Ennis Senior Center president Lynn Foreman and treasurer Bob Welna at their monthly meeting on Thursday, April 11, to continue the funding the town pledged four years ago, which expired at the end of 2018.

The town initially made a $20,000 commitment for the startup costs when the center first opened in 2015. That money was disbursed in increments of $5,000 annually. Since it opened, the senior center has served over 27,000 meals to seniors and visitors from all over the county, only asking for a $5 donation in return. The center’s expenditures are such that $5 per meal doesn’t fully reimburse the operating costs.

Welna provided a breakdown and schedule of the senior center’s expenditures, noting that the senior center has only one part-time paid employee, while the other services are all provided by volunteers. A grant from the local Lions Club which was matched by Lions Club International allowed for the center to be renovated last year, but the center still makes sizeable mortgage payments on the building and hopes to expand its Meals on Wheels program, which is currently limited to running only within Ennis city limits.

“At the end of the day, donations are really what keep us alive,” Welna told the commission.

Commissioner Brian Vincent suggested turning to the county for additional funding, which Foreman said the senior center has done before. They were told that a new voted mill levy would likely be the only way to increase the funding the center receives.

Commissioners reiterated that the $20,000 investment had only been intended as a startup investment and was not initially intended to be renewed after that four-year term. However, they all expressed appreciation for what commissioner Lisa Roberts called the “fabulous program” that the senior center provides, saying she wished more communities had such a place for elderly citizens to come for fellowship and involvement.

The commissioners agreed that no decision could be made immediately, but worried that prioritizing expenditures before formal budget considerations had been made could result in other important projects falling by the wayside. The topic will be revisited at future meetings once preliminary budget data has come in.

After some weather-related cancellations on the agenda, the commission heard an update from Ethan Kunard and Brieana Shook of Madison Conservation District.

Kunard told the commission that MCD was in the process of looking for further engagement and outreach opportunities within Ennis, as well as updating the town on nearby projects the district was working on. One such project in particular is recent work on Moore’s Creek, which was designated as “impaired” after the Montana Department of Environmental Quality (DEQ) conducted an assessment of all the tributaries in the Madison River watershed last year.

The data revealed that Moore’s Creek had levels of both e. coli bacteria and nutrients like phosphorus and nitrogen. MCD has been working with landowners along Moore’s Creek to install fences and other barriers that reduce direct livestock contact with the creek, which is a large factor in the levels of those nutrients and bacteria.

Shook also told the commission of a new project she’s undertaking as MCD’s new AmeriCorps member. She recently secured funding to place three additional dog waste stations in and around Ennis and proposed partnering with the town public works department for maintenance of the new stations.

Potential locations for the stations, which will include dog waste bags and receptacles for disposing of them, include the Ennis Fishing Access site and its campground, as well as another station at Lions Park, which has one at its entrance. Shook recommended placing one farther inside the park so that pet owners could have easier access mid-walk.

The commission didn’t take any action on the item but said they would work with Shook to select the right places for the new stations and then discuss with public works how they would be maintained.

The next Ennis town commission meeting is scheduled for Thursday, May 9, at 7 p.m.