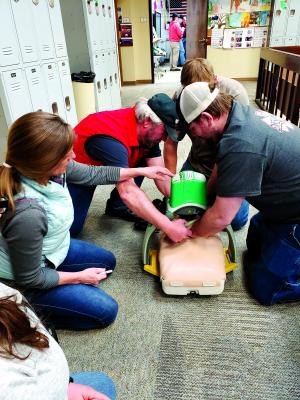 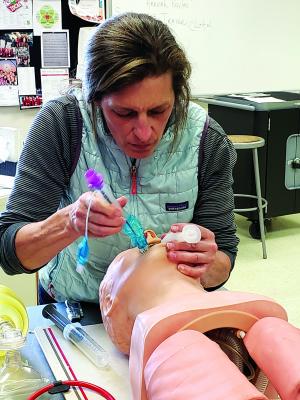 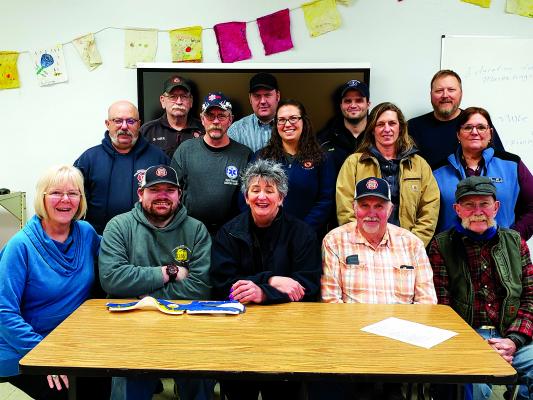 ENNIS—Members of the Ennis Volunteer Ambulance Service and Madison Valley Rural Fire Department participated in a weekend of emergency medical training February 16 and 17, which included CPR training, instruction on the newest trends in emergency medicine and learning the ropes on some new equipment.

Emergency responders have to recertify every two years, so one emergency medical responder, seven advanced EMTs and seven basic EMTs did just that over the long training weekend.

“It’s so situational,” says Ennis Ambulance manager Patti Austin. “You may have skills that you hardly ever use if the situation doesn’t present itself. You’ve got to stay on top of it.”

Over the two days, medical professionals provided refreshers and 24 hours of training on cardiopulmonary resuscitation (CPR) in both the traditional manual process using chest compressions and using a new Lucas device.

The Lucas device is a piece of Swedish-designed medical equipment that takes the place of manual chest compressions when administering CPR to a patient.

Rather than requiring a nurse or witness to administer chest compressions, which require upwards of 120 pounds of force to be effective, the machine makes CPR more consistent and effective in resuscitation efforts while also freeing up the hands of medical responders and even collecting data while administering CPR. The Lucas also eliminates the element of nurse fatigue by automating the resuscitation process.

Ennis Ambulance was one of a series of community response teams across Montana that was granted a Lucas device to have on ambulances so that CPR can be administered en route to a hospital if necessary, especially when transport time is longer than average—frequently the case in rural communities.

“It’s pretty amazing for what it does,” says Austin. “I don’t care how strong you are, CPR is tough work. That machine alleviates that so that you can get good, continual compressions better than a person can do.” Austin says in the few years the community has had the device, it’s been used on several occasions when transporting patients to area hospitals.

The responders also practiced using adjunct airways and bag valve masks, two methods of assisting patients who are having trouble breathing. Adjunct airway devices are used when a patient has a blocked windpipe, while bag valve masks (BMV) gently assist a person whose breathing is not strong enough due to injury or illness.

In a volunteer-based emergency response system like many in rural Montana, it is often difficult for programs like those around Madison County to access equipment and training like what the Ennis responders practiced in February. But now, those volunteers are that much better prepared to help community members in need.

“It’s great camaraderie for everyone to practice this together,” says Austin. “We’ve got a bunch of good, dedicated people on this EMS crew.”