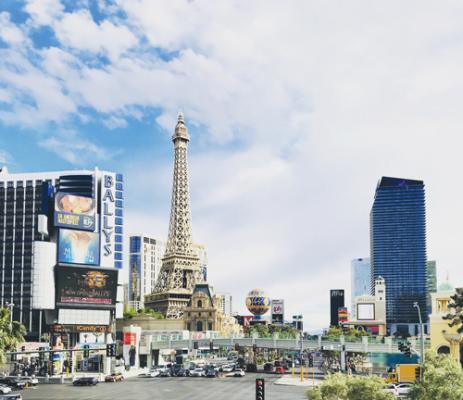 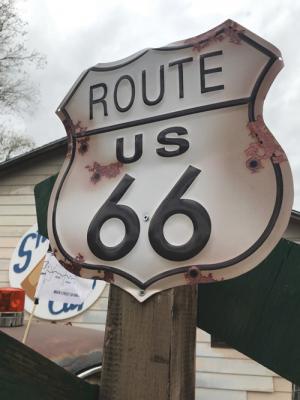 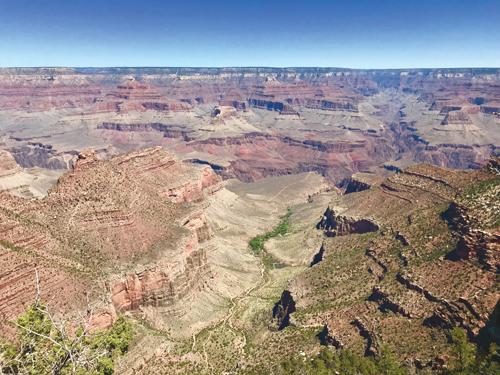 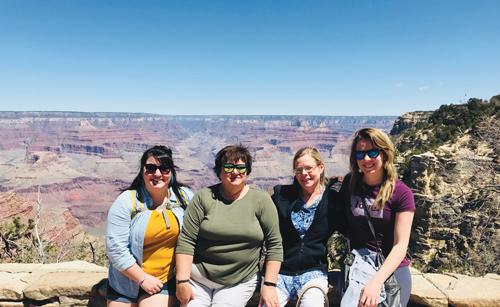 What happens in Vegas, doesn’t always stay there

Winter has been on the ground for seven months, with our first snowfall back in September. After the last dumping from Mother Nature the second week of April, I told myself if I ever meet a groundhog named Phil, who knows what might happen. I’ve never believed in the powers surrounding one Pennsylvania rodent but after this year, my views might have changed.

While there are many, many pros to winter, i.e., ski season, copious amounts of hot cocoa, not shaving your legs and so forth, seven months of cold starts to weigh on you a bit. The cloudy weather, gray skies and sometimes bitter temperatures can take a toll on your mood and ultimately your health. Not only that, winter is the season full of big things for most of us around the county, state and nation. Our ranchers work tirelessly through the night to bring new stock into the world, dedicated fans and parents brave blizzards for the rivalry basketball game, tax season is on everyone’s mind, flu season won’t go away, and it’s the start of a new year with many trying to turn their resolutions into success stories. The point is we’re all busy – and the weather and stress often take a toll on our overall health and success during what might be the busiest time of the year.

This year, I found myself to be a tightly-wound ball of stress. So much, in fact, that I was constantly sick, grumpy and probably very unbearable to be around. I needed a change and the weather didn’t seem to forecast too much sunshine for me to up my vitamin D levels. According to Forbes magazine, your workplace benefits greatly from employees taking time off. Benefits include high productivity, stronger workplace morale, greater employee retention and some significant health benefits. Having just spent three days on vacation, I feel I’m knocking it out of the park. My stress level is down, I’m productive and most importantly, I’m happy.

Obviously, I’m not a doctor but I believe in the healing powers of time away, sunshine and togetherness with your loved ones. Here’s a quick recount of my recent vacation to Las Vegas and the Grand Canyon with my best friend…and our mothers.

We all needed time off – I have been busy with the paper during a transition period, my best friend, Anika, is just completing her first year out of vet school, her mom, Julie, just wrapped up another tax season and my mother, Crystal, is preparing for her second retirement… this year. We all were looking forward to a reprieve from our daily lives and to share in some quality mother/daughter time. We decided on Vegas because my mom had never been and took a day detour over to the Grand Canyon because myself, Anika and Julie had not been. I did the whole Vegas thing my senior year of college and told myself I never needed to go back. But for some reason, I thought a trip with mom sounded pretty entertaining. I wasn’t wrong.

Prior to leaving the state, mom had already drummed up a new best friend, not before trying to pawn my single-self off on the young man. I’ve promised her grand-dogs so I don’t know what more I can do.

Long story short, she and her new friend, Danny, get to talking and through a quick three degrees of separation find out they both know someone I went to high school with. Next thing I know, she’s drinking a Bloody Mary and convincing the other young man next to her to go back to school and study nutrition. “I think he’s going to take my advice and go back to school to study his passion,” she tells us proudly as we wander lost through the airport.

Mom’s first introduction to Sin City was a trip down the Strip with an exuberant Uber driver, also named Julie. She blasted a Bruno Mars song I’m positive the mothers had never heard, laughed at our dancing in the car and bonded with me over our love for Bravo’s Real Housewives shows. A pretty solid start.

We get to the hotel, got checked in and promptly found a gin and tonic to ease us into the Vegas lifestyle. The rest of the day was spent wandering, sometimes lost, through the various hotels and casinos, hopping the monorail and stopping for dinner at a knock-off Irish pub. We took in a show the first evening, but that is a story that probably should stay in Vegas…for now.

The second day was much more enjoyable, I thought. We rented a car, which Anika mastered through Vegas traffic with the help of some impeccable coaching from myself and headed for Arizona. Out of the Vegas city lights and sounds, I found myself relaxing and enjoying listening to mom and Julie tell stories from the backseat. We stopped in a tiny town named Seligman, which sits along the historic Route 66, and Anika said was believed to be the basis for the Pixar movie “Cars.” Having made all the Lightning McQueen puns I could, we made a quick stop for burgers and shakes at a longtime diner and were back on our way. We stayed in Williams, Ariz., which is about an hour from the park that night. We strolled the cute, Western style town, had dinner at a nice Bistro and stopped at a local watering hole to meet some of the locals.

The Grand Canyon was exactly as you’d expect – grand. It was a bittersweet trip as my mom lived and worked in the park some 30 years ago. She told us stories from her time there and was still able to tell where to access trails. We stopped by the Horace M. Albright Training Center and her old student housing and watching her reminisce was a sweet moment for me. Sometimes I forget that my parents are actual people and have lived a life full of excitement before me.

A few hours in the park and we were back on our way to Vegas to catch our flight the next morning. We stopped for quick trip over the Hoover Dam and wound up weaving through traffic back to the Strip. “Is that our turn? They just throw three more lanes at you!” exclaimed Anika, white-knuckling the steering wheel

I can’t detail the entire trip for you, one because I’m only warranted so many words and two, there is the golden rule of Vegas after all. Just know a great time was had by all, and we were all ready to go back home happy, rested and productive.

What I gathered from this trip is I sincerely never want to go back to Vegas, I needed some time off and a change of scenery, and some warm weather really did my pale complexion wonders. But in all seriousness, the trip made me appreciate where I live, where I come from and the relationships I value most. Not only that, it made me realize it’s important to take time for yourself and release yourself from daily stressors. For your sake and for those around you.