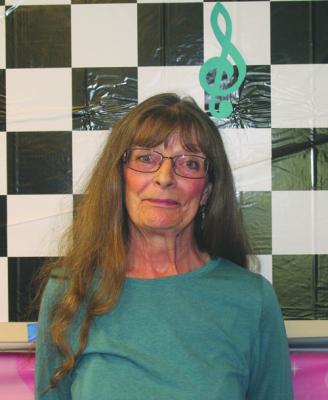 Patsy Eckert: giving back through art

Patsy Eckert has been painting since she was 14 years old.

Eckert is the current president of the Ennis Arts Association, a group that began in the late 60s. She has been a member of the group since 1986, when she and her husband Harvey moved to the Madison Valley. “There was a fly fisherman gallery and my husband was an illustrator, mostly fishing artist,” she said. Eckert’s roots run deep in the Madison Valley – her grandparents lived in the valley and her mother grew up in the area.

Everywhere she lived Eckert was always a part of an art group and continued that when she moved to Ennis. “It’s just nice to be around other artists and be inspired by others,” she said.

The Ennis Arts Association is active promoting creativity in the community; they provide scholarships to students, give science fair awards, just artwork at the Madison County Fair, put one workshops and so much more. Their biggest event is the Madison Valley Art Festival, which highlights artists of all kinds from around the region.

“We try to encourage each other and promote each other’s art,” she said. “Just the idea of bringing art to the community and promoting creativity and putting on the festival is importan to me and I think it’s important for the community.”