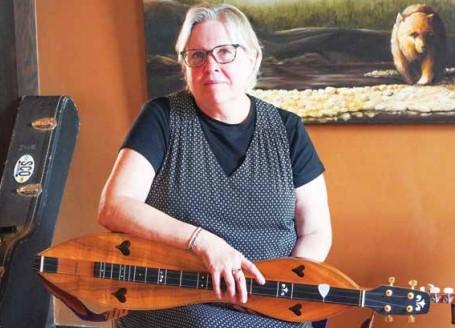 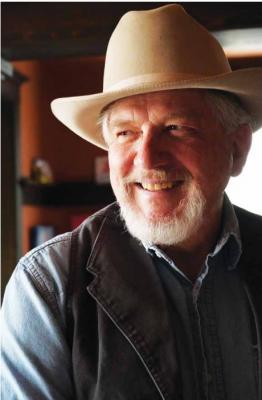 Paying it forward with ‘Sweet Melody’

It may be the only distinctly American instrument and in some parts of the country, one of the most obscure. Brian Jones strummed it while recording “Lady Jane” on a Rolling Stones album; it accompanied Joni Mitchell on her “Blue” album; and Cyndi Lauper sings a heart-rending version of “Time After Time” while playing it. But unless you grew up in the South and spent time going to bluegrass and gospel festivals, you may not know about the dulcimer.

The word “dulcimer” is said to be derivative of the Latin phrase “dulce melos” which means “sweet melody.” It hasn’t made much of an appearance in the Western states, but now it’s getting some exposure in Virginia City.

Last week 10 new students of the dulcimer (all but one well past school age, and all locals) were exposed to the delightful diatonic instrument. By the end of Kim McKee’s class at Elling House Arts & Humanities Center in Virginia City, they were performing a rousing rendition of “The Saints Go Marching In.” Some of the aspiring dulcimer musicians have played a musical instrument; some have not. The ability to read sheet music doesn’t offer much of an advantage here. Dulcimers were created by Scotch-Irish immigrants living in the Appalachian Mountains more than 100 years ago. Most of them couldn’t read or write.

“They wanted to be able to play their jigs and reels from home,” said Kim McKee, who is an accomplished mountain dulcimer performer, in addition to having mastered a roomful of other instruments. “The early dulcimer players built their instruments out of whatever wood they had handy, and the design allows anyone to play the notes, whether they can read or not.”

She said the dulcimer is played to the same tone as Scottish bagpipes. A sturdy feather would often serve as a pick.

McKee is one-half of the duo “Willson and McKee” that performed at Elling House last Saturday night. She and her husband, Ken Willson, have been performing ScotchIrish folk music for audiences around the country since 1990. The small stage at Elling House was brimming with their instruments: a banjo, two guitars, an accordion, levered harp, bouzouki, mountain dulcimer and hammer dulcimer. The hammer dulcimer, also played by McKee, belongs to a different family of musical instruments. It’s a percussion instrument, precursor to the piano.

Some of Willson and McKee’s songs are traditional; others are originals that have won awards in Ireland. As McKee says, “all are connected to the rich human or land spirit found in Ireland and Scotland.”

They all evoked the beautiful lilt and melancholic lyrics of Celtic music.

Willson and McKee have been coming to Elling House for at least 27 years to perform, travelling from their home in southern Colorado. The Covid pandemic benched them in 2020, and in 2021 they decided to tour again. But the alarming infection rates in Madison County last summer led Elling House to cancel its public events schedule.

“We were surprised when we received a check for an honorarium from Elling House, even though we didn’t perform,” McKee said, thanking the Center for its generosity. “We didn’t want to pay utility bills with it, so we paid it forward. We bought the eight dulcimers that our workshop used,” she said.  The new dulcimers are made from kits the Elling House honorarium paid for, and that Willson assembled. They’re made from sturdy cardboard, so not even dulcimer novices, or bumpy rides in the back of a pickup, can inflict much damage.

Although McKee has taught dulcimer classes for years, this is the first time she’s taught a class in Virginia City. It was well-received and even had a waiting list.

Finishing a smashing recitation of “You Are My Sunshine,” Ennis resident Jo Campbell said, “I never thought I could play an instrument, and I love music. I was intrigued when I saw the ad for the dulcimer workshop that said you don’t have to be a musician to participate.”

Elling House’s board president, Lee Robison, a writer and artist from McAllister, joined the workshop and made an appeal for anyone who is interested in its programs to get involved.

“We’re looking for volunteers, for new board members and for a part-time employee,” McAllister said.

Anyone who wants to participate should contact the Elling House via email: info@ ellinghouse.org.

McKee was thrilled to be performing again in the Elling House ballroom which she says has an “amazing overtone.”

“Every year she sings a little better,” the musician noted.

In response to a quizzical look, McKee laughed and explained, “Mrs. Elling. We feel her spirit. There’s a certain tone that we say is her, and every year it improves.”

Mary Elling was a noted hostess and patron of the arts while she lived in Virginia City. She added the ballroom with its famed acoustics on to the Elling House as a musical venue.

Undoubtedly Mrs. Elling has been enjoying the ballroom’s array of cultural events this summer, from woodwinds to Celtic to traditional Western music, to poetry and storytelling.