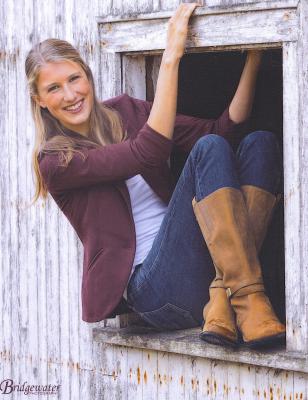 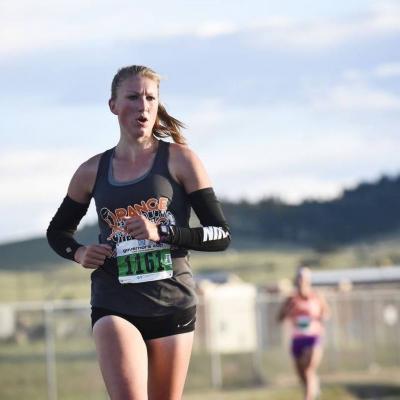 ENNIS - The Madisonian is happy to introduce its newest staff member, reporter Reagan Colyer. Colyer joined the editorial team on May 21, after community reporter Caitlin Avey transitioned to a new position in Helena.

Colyer grew up on the Kitsap Peninsula of Western Washington near Olympic National Park. She comes to the Madison Valley fresh from a five-year tenure at the University of Montana in Missoula (for which she apologizes, knowing she finds herself much closer to Montana State Bobcat country in her new home in Ennis).

While in Missoula she competed for the Grizzlies track and field and cross-country teams, which afforded her five years of athletic eligibility and enough time to pursue a second undergraduate degree.

After earning her bachelor’s in print journalism from the University of Montana School of Journalism, she transitioned to a post-baccalaureate degree in African American Studies, a field that has interested her since childhood. With both degrees in hand, she moved to Ennis the week after graduation to join The Madisonian.

“I was so thrilled to be able to stay in Montana after I finished college,” she says. “I might have grown up on the west coast, but I’m a Montana girl at heart, and there’s no place I love more.”

The daughter of two native Missoulians, Colyer grew up visiting Montana every summer. She drove through the Madison Valley countless times en route to Yellowstone, but never expected she’d one day relocate to one of her favorite small-town stops along the way.

While in college, she blended her two loves of writing and running when she accepted an internship with Trail Runner magazine in Carbondale, Colorado.

After spending a summer working and running with the staff there, she continued in a freelance capacity until she graduated. She has also had papers published in academic journals and continues to do research on her post-baccalaureate project, which examines the evolution of black athlete protests from the civil rights movement up through the recent national anthem protests by NFL players.

Journalistically, Colyer has always had a love for the copy desk. A self-proclaimed grammar nerd, she began copy editing her local paper while in elementary school, mentored by her father, both wielding red pens. She honed her skills in copy and content editing as an undergrad, but her first love will always be telling the stories of the people she meets.

“I’ve always found myself absorbed in the random conversations I have with people,” she says. “The ways in which I’m constantly learning from chance encounters and being exposed to experiences I could never have imagined are what really spark my curiosity.”

Colyer continues to run competitively after a five-year career with the Griz as a middle distance runner. She loves road and trail racing and hopes to make one of her first accomplishments as a Madison resident a trip to the summit of Sphinx Mountain south of Ennis.

Colyer can be reached in the Madisonian office at news@madisoniannews.com or 406 682-7755, or you can stop her on one of her frequent morning runs around Ennis, as she welcomes mid-run conversations.