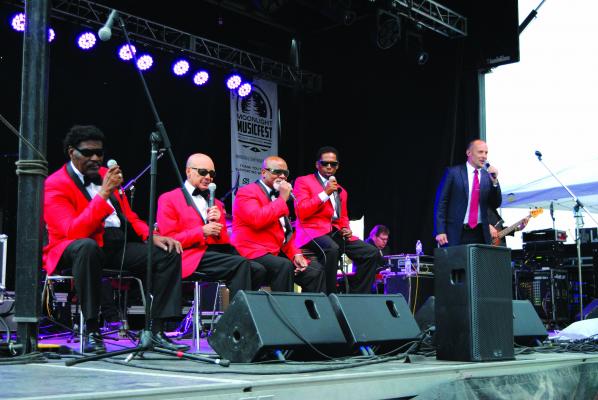 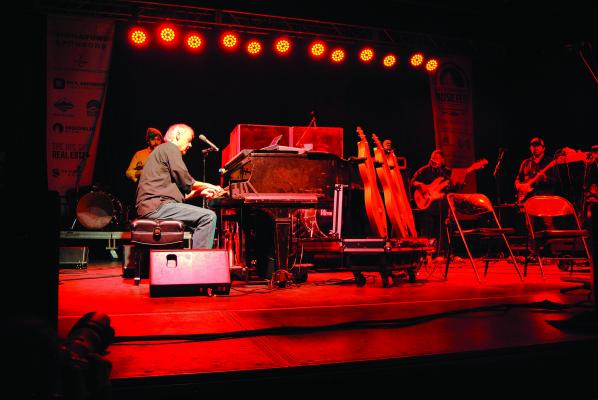 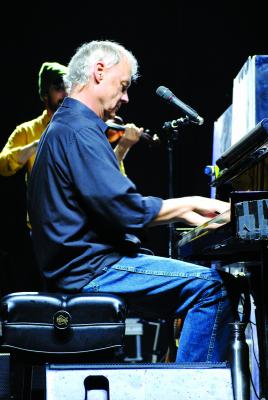 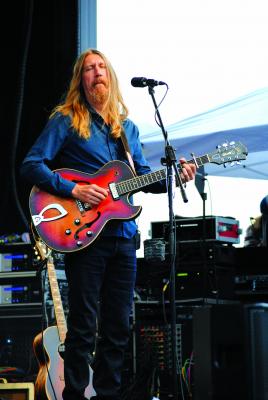 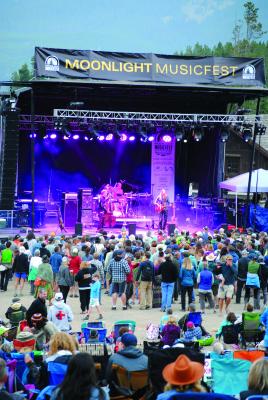 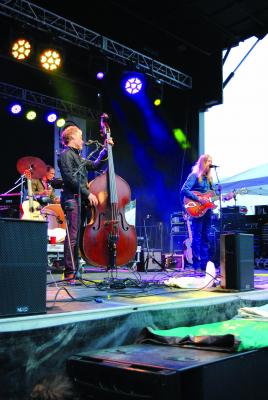 BIG SKY – On Friday, August 17, the opening night of the Moonlight Music Festival, The Mission Temple Fireworks Revival with Paul Thorn & Blind Boys of Alabama had a crowd of hundreds eating out of their hands.

People were swaying, dancing, gyrating, twirling hula-hoops and otherwise getting into the spirit of the rock-gospel-blues-based music Thorn and the Blind Boys were throwing down.

How could Thorn, a former boxer and literal ‘son of a preacher man,’ miss, living up to his reputation for performances that he claims are like “taking a 6-pack to church.”

For example, the Mississippi-raised Thorn opened one number telling the audience how, during a visit to a strip joint in Mississippi, he got the gospel from a pole-dancer, who made quite the impression on him.

Listening to Thorn tell it, you weren’t sure if it was the stripper or the gospel that left the impression. But that didn’t stop Thorn and the Blind Boys from laying down a gutsy blues-soul-gospel blend of jams called “Let’s Go to The House of the Lord” that grabbed the audience’s attention and kept them spellbound for as long as Thorn and the Blind Boys were on the stage.

Somehow, The Blind Boys of Alabama – recognized worldwide as living legends of gospel music – fit right in with the touch of sin Thorn brought to the stage and this blend of sin and salvation came pouring out in music that was easy to get swept away in.

The on-stage rapture continued as Thorn and The Blind Boys performed “One More River to Cross,” another blues-based gospel tune that had the crowd dancing, swaying and shakin’em on down, as well as renditions of “Love Train” and “I Saw the Light.”

Yet Thorn and The Blind Boys were just warming things up for the next act – the Wood Brothers.

With a light drizzle falling from the sky, guitarist Oliver Wood and bass player Chris Wood and drummer Jano Rix appeared on stage.

Their set, including music from their new album, “One Drop of Truth,” started out with some mellow country-rock style tunes, one called “Chocolate on My Toes,” then “Happiness Jones” and “Paradise” (a drinking song, but a family song too, said Oliver). But as the set wore on, and the night grew darker, the music evolved into some brilliant and powerful guitar work, mostly from Oliver, later from all three band members. A light show and some powerful rock, had some listeners thinking classic rock as the brothers laid down their own tunes. Like “Luckiest Man” as well as Tom Petty’s “Rescue Me.”

Chris Wood is a highly talented performer who studied jazz bass at New England Conservatory of Music, and as performed professionally since the early 1990s.

Oliver, likewise, has been a professional musician for about the same amount of time, playing guitar in cover bands before earning a spot in Tinsley Ellis’s touring act; later founding King Johnson, a hard-touring band that released six albums of blues-inflected R&B, funk and country. They’ve been working together since 2006.

The final act of the evening – Bruce Hornsby and the Noisemakers – was the crescendo that had the crowd roaring.

The Virginia-born singer and pianist, a constant in music since his 1986 debut album “The Way It Is,” had the crowd up on their feet, pushing against the barriers to the stage with familiar tunes like “Mighty Rainbow.”

The festivities associated with Moonlight’s Music Fest were not to end Friday, but continued Saturday, with performances by Grace Potter, Chris Robinson Brotherhood, Sam Bush Band and others.

Shuttles carried festival-goers from Big Sky Resort to Moonlight Basin an the music.