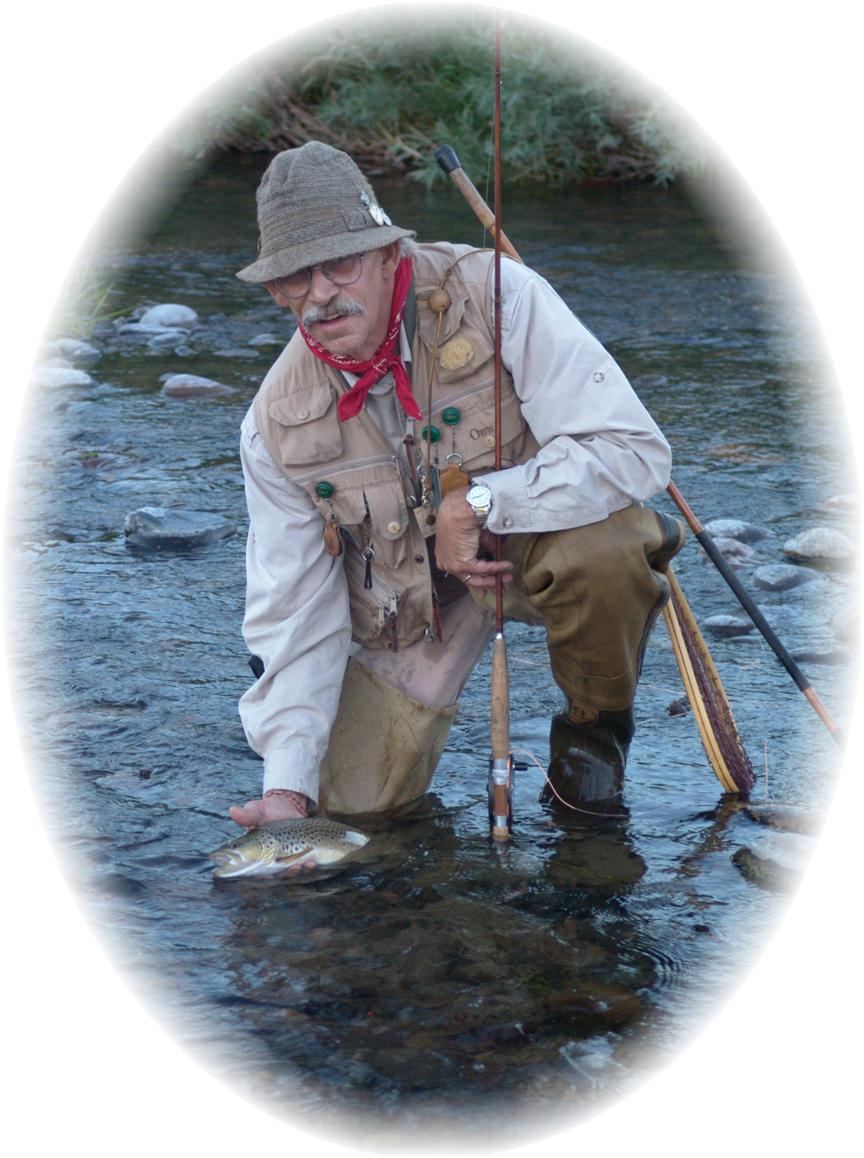 Harvey Eckert passed away in his sleep after a lengthy illness. Harvey was born in Great Bend, Kansas to Charles Davis Eckert and Sylvia Smalley Eckert. He grew up in Larned, Kansas.

Harvey was an Army Veteran, serving in Germany in 1967 and 1968. He was one of two men from his company not sent to Vietnam. While stationed in Germany, he was in the registered mail section handling classified mail (Army Postal Service).

After many family fishing vacations to the Colorado Rockies, he moved first to Colorado, then to the mountains of Montana, moving to Butte, where he was employed by Bob Ward's, Fran Johnson’s Sporting Goods and Cashell Engineers as a surveyor and draftsman, finally moving to Ennis in 1986, where he retired from the Town of Ennis after 24 years in 2011.

Harvey was a multi-talented person, an illustrator, artist and an accomplished guitar player. He could play all the stringed instruments, banjo, fiddle and dulcimer. He loved blues music, B.B. King and Eric Clapton in particular.

Harvey illustrated 3 books, Caddisflies by the late Gary LaFontaine, and Montana Trout Flies and The Master Fly Weaver by the late George Grant. He did illustrations for the following publications: Montana Outdoors, Colorado Streamside, The River Rat published by Trout Unlimited, Fly Fisherman, Rod and Reel, etc. He has also had artwork shown in various galleries.

Harvey was an avid fly fisherman and outdoorsman. His other interests were reading, hiking, photography, canoeing and upland bird-hunting (later to be replaced by just bird watching). His favorite river was the Madison.

Harvey was preceded in death by his parents and brother-in-law Richard Balman.

He is survived by his best friend and wife, Patsy, of Ennis; sister Janie Balman of Liberal, Kansas; two daughters – Jenni and John Stillwagon and their children, Lee, Clay and Toni, of Butte, and Chrissie and Thom Coffman of Spokane, Wash., and their children, Bryant Hansen, of Butte, Chelsey, Zack and April, of Spokane, Wash.; two great-grandchildren Trae and Timber; nephews, Mike Strait and his son Gabe, of Honolulu, Hawaii, and Marc Strait and his sons Orion and Julian, of New York City; brother-in-law’s, Jim O’Donnell and John O’Donnell, and his former wife and friend, Nancy Eckert, of Butte.

Harvey was a current member of the Ennis Arts Association and History Association, former member of Trout Unlimited and Federation of Fly Fisherman.

Cremation has taken place and a private interment will take place at a later date. A celebration of Harvey’s life and artwork will be held from 10 a.m. to 6 p.m. on Sat., June 2 at the El Western Convention Center in Ennis, Montana.